by The Happy Pill Academy 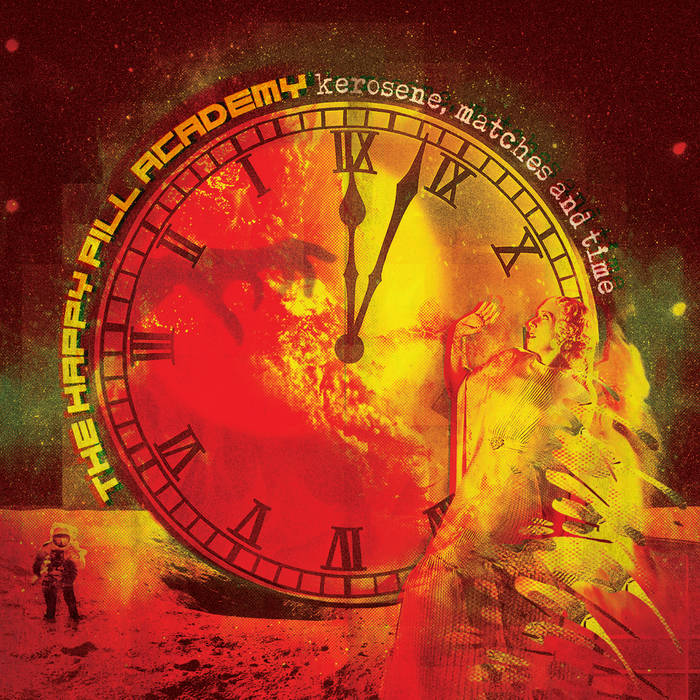 Justin Noszek This release takes everything I loved about the rock of the 90's and puts it in one convenient place. I love the songwriting and the performance throughout. Favorite track: Facsimilia_Facsimilia.

Kerosene, Matches and Time represents a collection of tracks almost entirely about bitterness, remorse, unlawful imprisonment and death, but with a little cross-dressing and redemption thrown in for good measure…

Frontispiece Matthew Guy Ibbs describes it as, “A constant battle between the songs that I want to write, versus the songs that come out… which are usually darker, more cynical.”

The result is a series of intricately composed, gutsy songs that take on matters of the mind, with bold melodies and a fearless voice.

An eleven track album of whimsical thought and lo-fidelity production that will either have you running for the hills or delightedly spending the roughly forty two minutes of its duration in quiet appreciation.

Fold away any preconceptions of expectation and pop that tidily in to the drawer and think more of that storage space in which treasures are randomly stowed that you always intend to get round to sorting out, but never do – you will be in the right frame of mind to enjoy the acoustic guitar led meanderings through its engrossing journey.

I somehow think this isn’t the last time I will be keen to share new material by The Happy Pill Academy."

The Happy Pill Academy is from London in the United States of Britain. It is a one-person endeavour but that one person maintains a healthy relationship with the other, largely imaginary, members of the band.

Bandcamp Daily  your guide to the world of Bandcamp

Serena Cherry debuts her black metal project, plus a Pick from the Crypt block from Svalbard